We needed a break – a break from it all. From work, from the sand, from the desert, from our lives, from everything. Months earlier we decided that we were going get away – for a while. We have had no shortage of traveling over the past year: Oman, Sri Lanka, England, USA, France, India, and Nepal have all made it into our passports and memories. However we wanted something that might not have been heavily influenced .by the West just yet. So during dinner at a Vietnamese restaurant in Dubai Dr. H suggested we look into a holiday to Vietnam. I was on this one immediately. Planning – one of my strengths. It seems I always need to be planning something. When I am not in “planning mode” I suffer and so does everything/everyone around me. Unfortunately, I also become a bit obsessed when I start the process, but the end result tends to be worth it.

People who had traveled to Vietnam before spoke so highly of it, but many said to visit Hanoi in the north. I didn’t want to do that – I wanted to stay south and central due to the weather conditions in January. South it was. Ho Chi Minh City (HCMC) and then north to Hoi An for a few days. I also put Siem Reap, Cambodia in the middle, as I thought visiting Angkor Wat and the surrounding temples would add an adventurous aspect to the trip.

I would be lying if there wasn’t the smallest bit of hesitation on my behalf. I grew up in the 1970s. The Vietnam War (or American War as it is called in Vietnam) was never taught to me in school. The closest I even got was reading “In Country” in Paul Sonerson’s 9th grade English Class. Oh, and then there were the movies – “Platoon”, “Good Morning Vietnam”, Apocalypse Now”, all of which painted a very grim picture of the Southeast Asian Country. Years later I watched “Indochine“, which feature Catherine Deneuve and painted a much more romantic image of the region. Devastating at times, but definitely more romantic.That was the Vietnam I wanted – the romantic part. The green rice fields, the rain, the flora and fauna. That is what I was so hoping we would find during our two week vacation.

When we arrived into HCMC it was everything we wanted and so much more. It was insane – Times Square in NYC on New Year’s Eve insane. There were people everywhere, neon blinking from tall buildings, the smell of uncommonly great food wafting into the car from the street, hoards of people driving to, from, and around on their mopeds. FAMILIES on mopeds (who knew a family of 4 could all ride around on a moped!). And it was alive and vibrant. The city pulsed like a city should. And even with all the frenzy on the streets and in the alleyways, the city still held on to its ways of years past when it came to everyday life 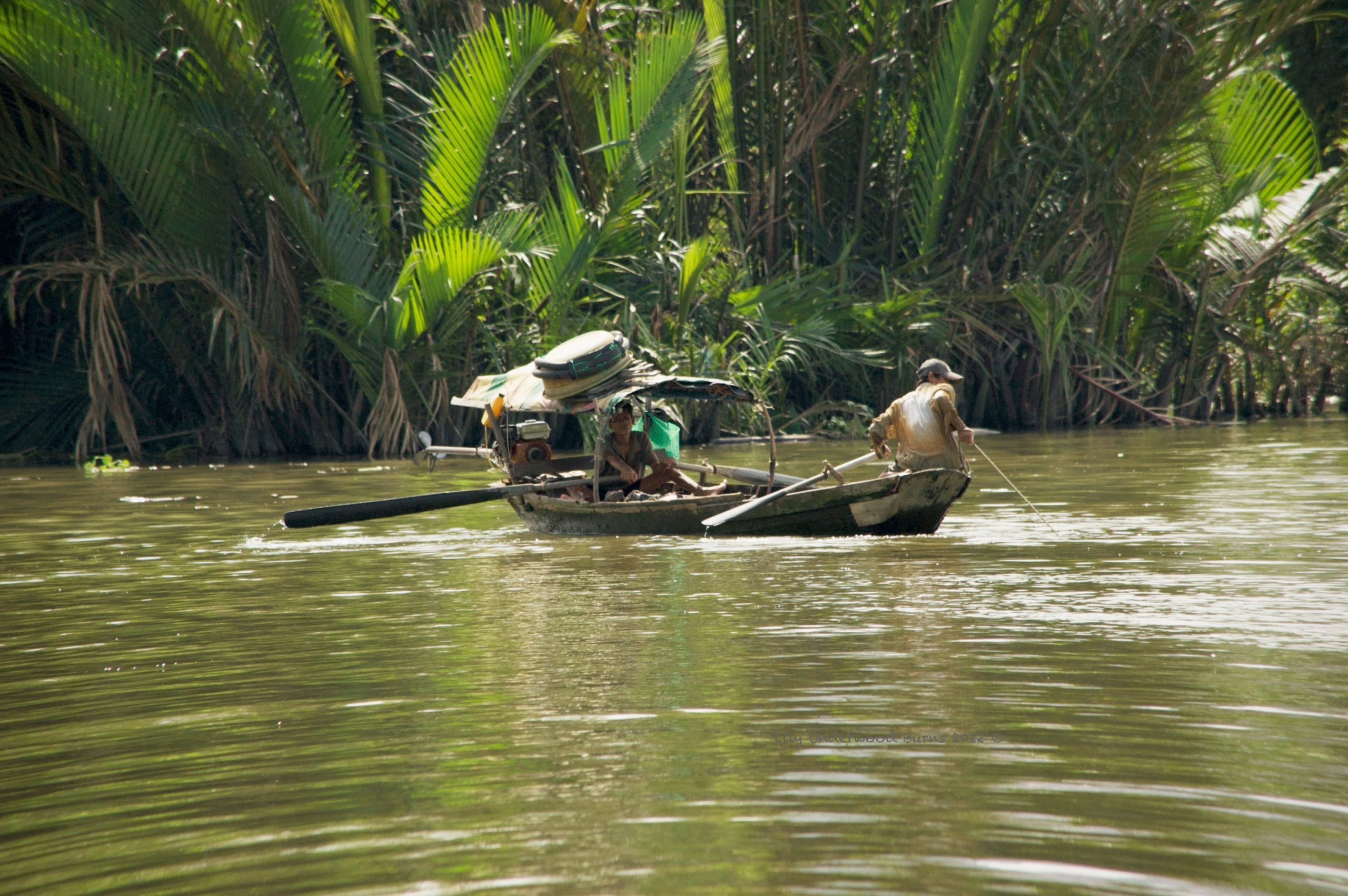 People found the time to stop and take a break 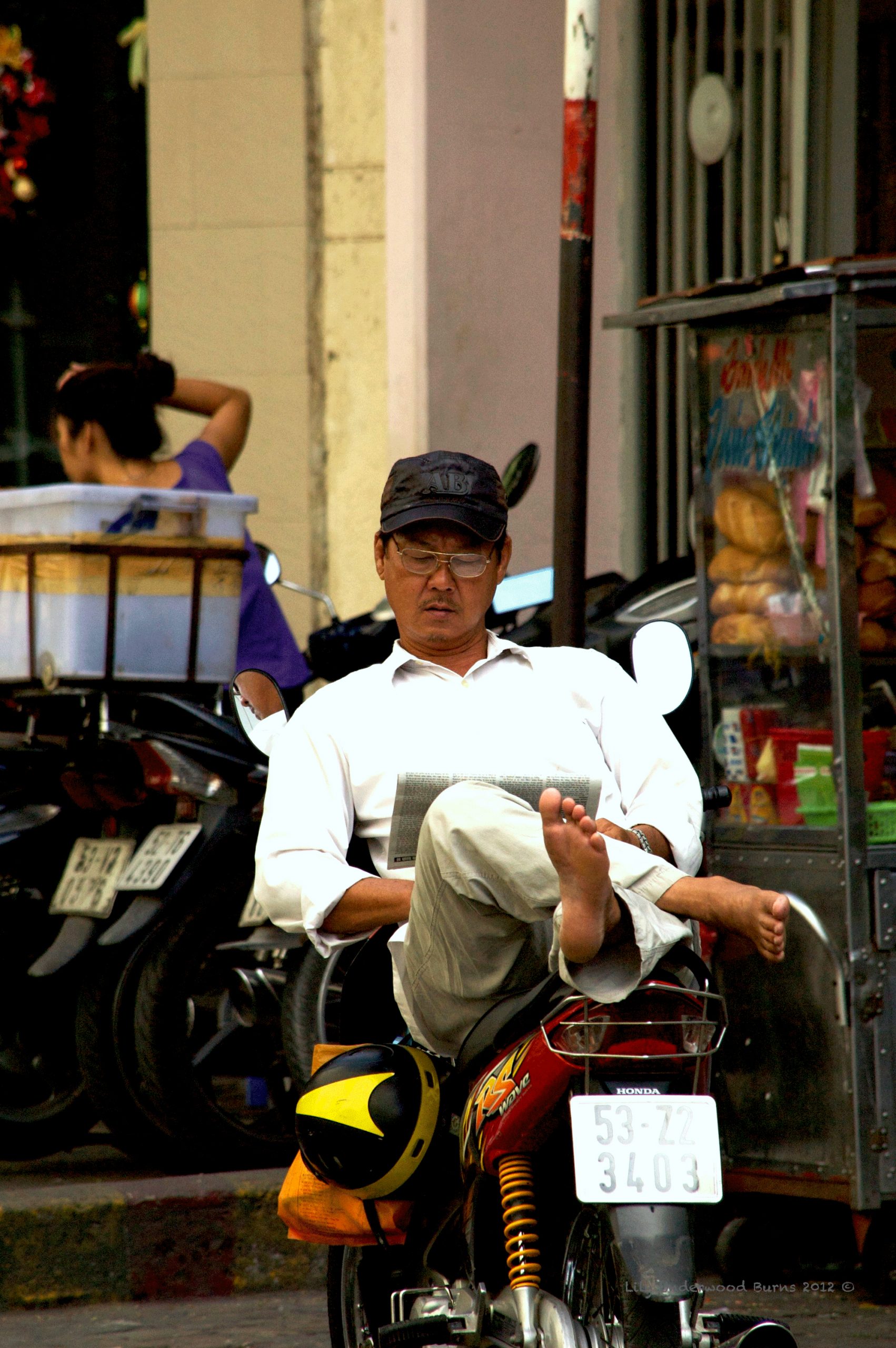 and it all started the end of the year in the best possible way. 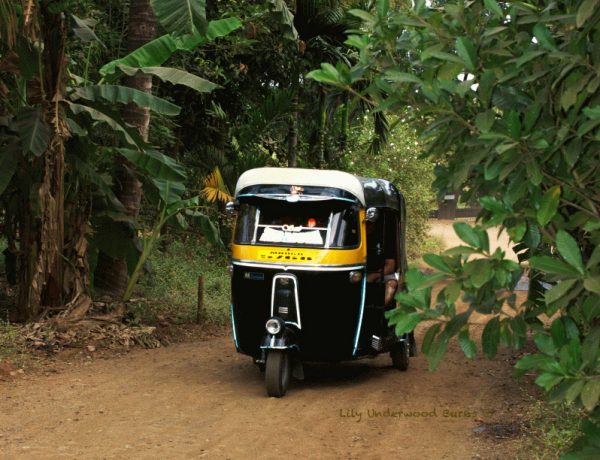 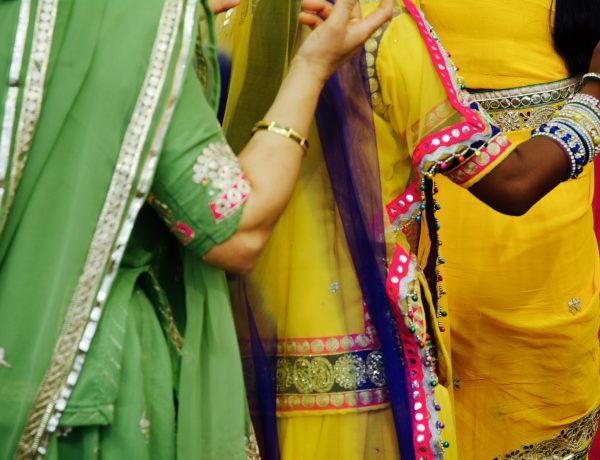 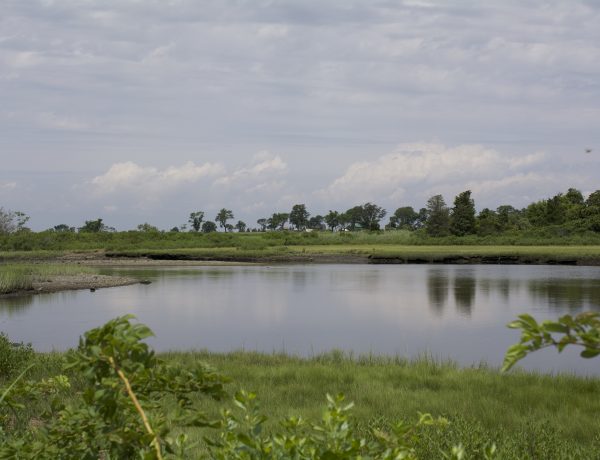